Hi,
I always  like imagining hordes of undead skeletons and zombies advancing agains a poor and scared human garnison..

But i always wanted more variety.. I swapped some heads with armoured warriors from different producers and the result is quite good! Some armoured skeleton knights :) 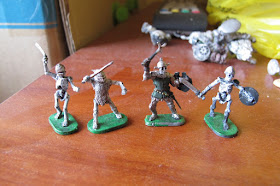 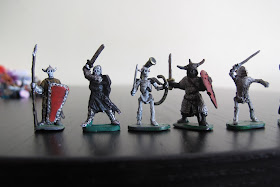 I always liked a Games Workshop skeleton musician.. I tried to make the same "cheap" option; i added a skelly just a spare Cornu from Hat "Roman Artillery" set . 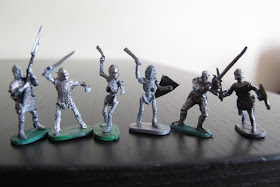 Some knight figures with some static or not very lively pose are perfect for undead with small conversion. I took samples with only "face modification" from:

and  again from MArs BAltic Crisaders (this set can result a good source for fantasay conversions!


Finnally, I discovered Boardgame "Battlelore. 2nd Ed"
Figs are a little big (near real 25mm), but I think  they can match with 1/72 standard, when mixed. Here samples from expansion set "Heralds of Dreadfall", full with undead warriors (purple figures)

It is not ver cheap, but for around 35 eur you get more than 40 figs including cav and a big undead dragon"
I am consdiering buying more sets from this game. 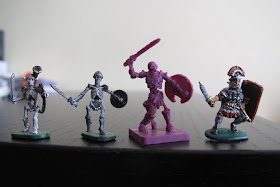 Swordsman with some smaller colleagues and a worried roman 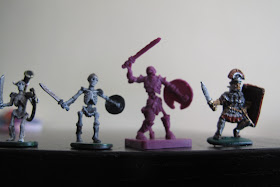 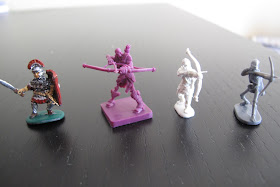 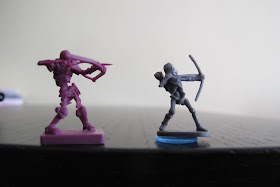 9 Wraiths are included. They look too big but tehy are very fantasmagoric 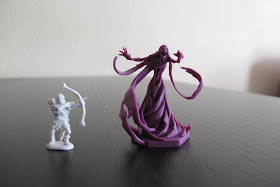 Finnally, the undead knight. Impresisve figure. It can fill a hole of lacking "evil armoured cavalry"which you could use for evil lords, nazgul, It matches quite nice with ither 1/72 cav (i added some for comparison) , even if bigger (he is suppossed to result scaring!) 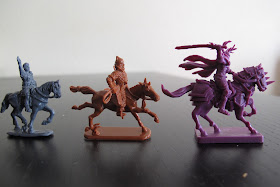 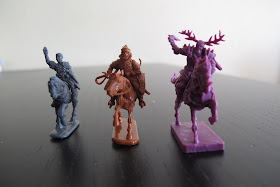 I almost forget the dragon!!!! 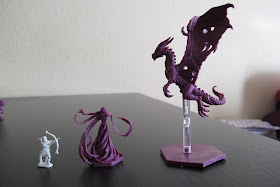 Greetings and some ideas for 1/72 dwarves

Hi all,
This is my first attempt to do a blog. Thanks to Mac from cheapfantasyminiatures I decided myself to start one about my main passion (after my wife and three children :) ), collecting, converting and painting 1/72 miniatures:   cheap, nice and very available worldwide from the 50ies!!

I collected from the 90,s every historical set, focusing in Ancients, Middle Ages , Renaissance and Medieval Fantasy

Just shorten the legs and add a epoxy beard ;)

Tje not so beautiful Mars baltic crusaders also found a use here, so you can have dwarf knights with great helm as well

Here result with a Centurio as height comparison 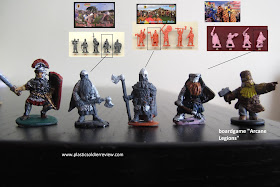 Here an array of my different dwarves 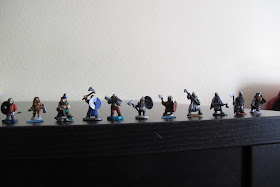 Caesar and Alliance are also here. And pieces from some boardgames:
Arcane Legions
Age of Mithology
Battlelore 1st Ed
War of the Ring 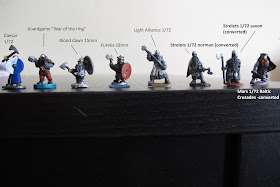 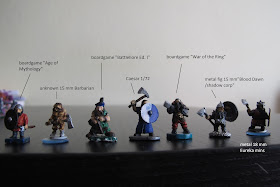